A sad reality of contemporary life is that drug abuse occurs at tremendously high rates, impacting not only individuals who suffer from addiction but those around them as well. The social effects of drug abuse on society are wide-reaching, with consequences that lead to high rates of homelessness, crime, and even violence.

Some disheartening facts about drug abuse: a 2017 report by the National Survey on Drug Use and Health (NSDUH) found that 19.7 million Americans (ages 12 and over) suffered from drug addictions that year. The same report found that 1 in 8 American adults struggled with drug and alcohol disorders simultaneously. Meanwhile, a report by the National Institute on Drug Abuse determined that drug abuse and addiction led to losses of over $740 billion annually due to crime-related expenses, decreased workplace productivity, and healthcare costs, demonstrating the extreme detriment drug addiction can cause to American society as a whole.

Solving the crisis of drug abuse is a challenge that has united people from all backgrounds and disciplines, pooling their skills, resources, and knowledge to take on this societal affliction together. Social workers in particular are on the front lines of the fight against drug addiction and abuse, helping individuals suffering from addiction as well as its long-term effects on communities. In order to approach the complex and multifaceted problem of drug abuse, it’s imperative to understand the impact of drugs on society in the many ways it appears.

While drug abuse is often dealt with on an individual level, the impact of drug abuse extends far beyond those who suffer from addiction. In order to see the social effects of drug abuse on society in full, it’s helpful to isolate the different arenas that are impacted by drugs.

The Impact of Drug Abuse on Education

School systems across the nation are greatly affected by drug abuse. A report by UPenn finds that 1 in 4 high school students has a drinking problem and that the majority of violent crimes in American high schools (which tragically total over half a million) are prompted by alcohol and drug related conflict.

Beyond the immediate harm that drug abuse can cause to young people, these findings are also troubling in light of the long-term struggles that people can face if they become addicted to drugs at a young age. AddictionCenter reports that upwards of 90% of people who suffer from addiction started using drugs and alcohol before they were 18 years old, showing that these early experiences with substance abuse can have an impact that lasts long past high school.

Beyond the consequences for individual students, the effects of drug abuse on schools means more school resources are allocated to combating substance abuse at the expense of other school programs. 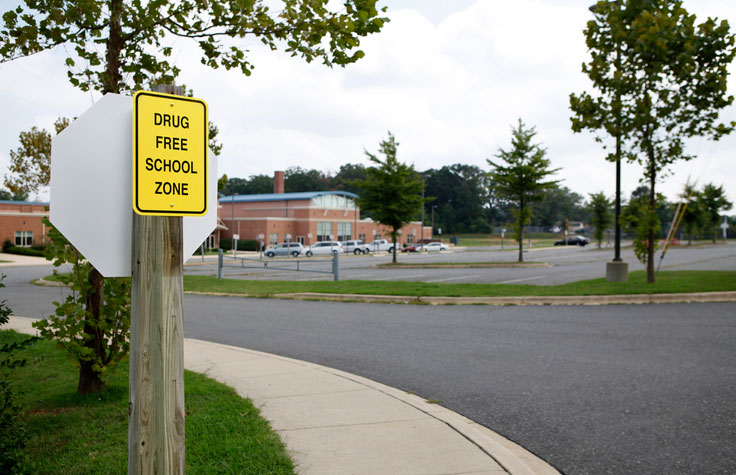 The Connection Between Drugs and Violence

It is hard to overstate the social effects of drug abuse on society, contributing to some of the worst events that can befall a community – namely, incidents of violence. And as a result, drug abuse and violence can become intimately linked.

Substance abuse is closely tied to incidents of domestic violence. American Addiction Centers reports that alcohol or drug use is involved in 40-60% of domestic abuse situations, a staggering number that immediately makes clear the need to urgently address drug abuse.

Drug abuse is also a huge factor in many violent crimes. A significant amount of criminal activity is motivated by addiction, which can cause drug and alcohol users to engage in violent acts out of desperation for more drugs or the money to buy them. Drugs such as methamphetamines, cocaine, and hallucinogens can also provoke violent and aggressive behaviors, caused by paranoia, confusion, and other erratic states of mind.

The Causal Relationship Between Drug Abuse and Homelessness

While there is a strong correlation between drug abuse and homelessness, it is important to understand the human dimension. Many think that the majority of homeless individuals suffer from drug addictions. Though many homeless people do suffer from addictions, it is important to remember that addiction afflicts many people, and that only compassionate care can help someone recover from their illness.

Drug addiction is a leading cause of homelessness, as the National Coalition for the Homeless reports. This is because drug abuse can lead to people running out of money, losing their jobs, and becoming isolated from their families and loved ones – in short, losing the resources that allow them to keep up their lives. This is one reason it can be crucial to fight a drug addiction early, as it can save someone from the dire poverty that substance abuse can create.

Though the social effects of drug abuse on society outlined above make it clear that addiction and substance abuse are of grave harm to communities, it is crucial that the issue be addressed with sensitivity and compassion for drug users. Drug addiction is considered a disease by experts including the Substance Abuse and Mental Health Services Administration.

Just like other diseases, the support and guidance of a knowledgeable expert can be a vital resource for those who are struggling with addiction, as well as to those who are most closely affected by loved ones with substance abuse issues.

Undeniably, the impact of helping those who are most directly impacted by drug abuse also has a positive ripple effect, easing the societal ills that drug abuse creates. 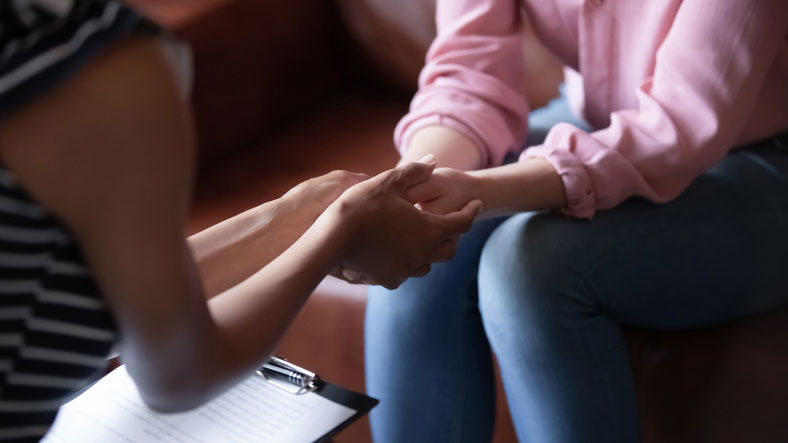 Roles and Responsibilities of Social Workers

Social workers are powerful agents in providing support to those suffering from drug dependency as well as those who are directly affected by the addictions of loved ones. They hold tremendous responsibility in easing the social effects of drug abuse on society.

Direct services that social workers can provide to those struggling with addiction include:

These direct, personally engaged services can make a world of difference in helping those whose lives are impacted by drug abuse. In order to provide effective addiction counseling, one must have a deep knowledge of how addiction works and how drug abuse impacts families. Some social workers feel called to specialize in addiction and drug abuse because their lives have been personally affected by these issues, while others are motivated by a more broad-scale understanding of how drug abuse impacts society. Whatever the reason is, this work is critically important to individuals and the community at large.

Beyond providing direct counseling to drug addicts and their families and friends, social workers can also get involved with broader-scale roles, getting involved at the legislative level by advising on policy proposals and making recommendations to advocate for those whose needs are often unheard. Providing compassionate ears to those who fight addiction, they are also knowledgeable about what support drug abusers and those around them truly need.

Social workers operating at the macro level help address the social effects of drug abuse on society in  engagement, a policy-oriented approach to social work could be the perfect career path for you.

Joining the Fight Against Drug Addiction

If you are passionate about fighting drug abuse, becoming a social worker will put you on the front lines, improving the lives of individuals and changing communities for the better.

There are multiple routes to becoming a social worker, depending on which community you aim to support.

There are numerous other roles that social workers can have that are of great benefit to individuals and society at large. To pursue a more general Master’s in Social Work (MSW), visit our guide to the best MSW programs.