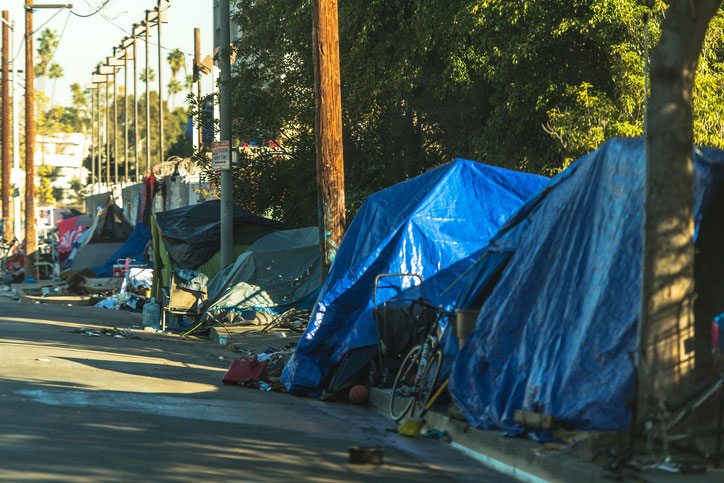 The homelessness crisis is an issue that affects communities nationwide, with populations of unhoused people struggling to get by in virtually every community in the country. While it’s certainly by no means a new problem, homelessness is only continuing to grow in America. The organization End Homelessness reports that nationwide homelessness grew by a whopping 2% between 2019 and 2020, with many speculating that the economic impact of COVID-19 extended and intensified that trend.

In order to understand how to fight homelessness, it is crucial to know its root causes, as well as key facts and statistics on the issue. When we can understand the reasons for homelessness and where this problem originates, we can develop equitable tools, practices, and measures to best confront it. And when we know how to support one of the most vulnerable populations in the country, we can better tackle the problem of homelessness.

In order to properly explain the causes of homelessness, it’s important to define the term clearly and accurately. The Department of Housing and Urban Development (HUD) lists the following criteria to define homeless populations:

This variety of criteria makes it clear that people in a huge range of scenarios can end up unhoused. Further, they illustrate that many people who are without permanent housing do not find themselves in that position overnight, but rather after a slow unfolding of events that leave housing gradually more and more out of reach. These definitions of homelessness make clear that those who are without housing do not deserve blame but rather support and aid.

It is both illuminating and saddening to put oneself in the position of those who are facing homelessness, and crucial to homelessness reform efforts to always maintain sympathy and a sense of humanity toward unhoused populations.

While the causes of homelessness can vary widely between individual cases, particular demographics are especially vulnerable to becoming homeless. Most people experiencing homelessness in the US are individuals (as opposed to families), with their numbers equaling about seventy percent of cases.

Other Risk Factors for Becoming Homeless

There are many other risk factors for becoming homeless. As Green Doors reports, the populations most at risk of homelessness have been veterans, people with disabilities, and single-family houses. Increasingly, new demographics like those who were recently incarcerated and young adults who were recently emancipated from foster care.

Those who have mental disabilities that are frequently or permanently displaced are known as chronically homeless. These illnesses can include addiction and schizophrenia, and treating them requires specialized resources and sometimes immediate mental health intervention. 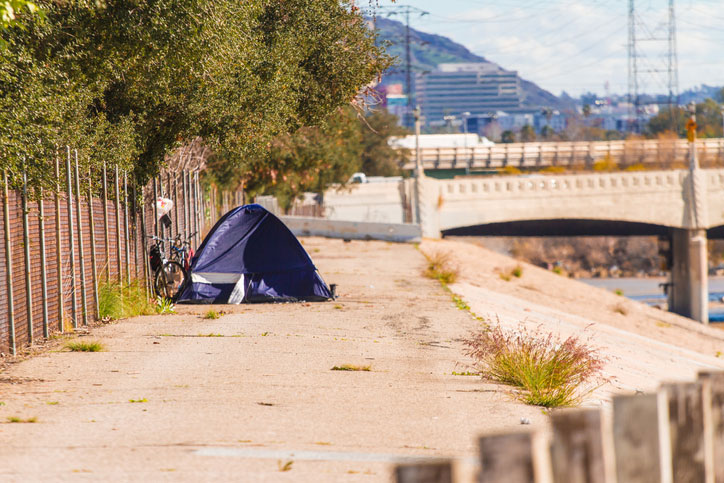 Why is Homelessness a Problem?

It can be hard to understand how the homeless crisis has become what it is, as there is not one singular explanation for what causes homelessness. Instead, a matrix of separate but related factors have led to rising cases of homelessness in the US, both in the conditions that force individuals to become homeless and the conditions that keep people from finding long-term housing.

One of the causes of homelessness crisis is poverty in the US. Again, experts from EndHomelessness estimated that approximately 10.5% of the population lived in poverty in 2021. Over 6 million Americans spend more than half their income on rent, which is defined by experts as “severe housing cost burden.” Nearly 4 million Americans are currently “doubling up,” meaning they are sharing living spaces with hosts in housing that is not intended to accommodate that number of people.

There are two ways to look at the housing crisis in the US: by focusing on low household incomes or by focusing on high rents. The truth is, both are at play in this dynamic, with homeless advocates calling for reforms on both sides of the equations. If individuals working full-time are not able to meet the cost of “affordable” rental units in their area, it means that minimum wages need to be raised and that more genuinely affordable long-term housing options be available

Unfortunately, efforts to alleviate the conditions of poverty in America over the past decade have not been successful, with the COVID-19 pandemic only increasing the economic hardship faced by families across the country. (At the time of publication, data recorded after the onset of the pandemic has not been made available, so this analysis is speculative, though the majority of homelessness experts concur with this assessment.) The rates and causes of homelessness can vary significantly by state, too, requiring their own specific responses.

The High Cost of Homelessness

Homelessness is first and foremost an emergency for the unhoused individuals who are in desperate need of shelter and assistance. But it also impacts the resources made available to the rest of the community. CNBC reports that both New York and California are anticipated to break their spending records for homeless support services, with investments totalling an approximated $3 billion and $4.8 billion, respectively.

Where does this money go? This spending is primarily directed toward Department of Homeland Services (DHS) shelters, with a significant portion also directed at the Department of Social Services (DSS), which offers prevention services including anti-eviction legal services and rehousing initiatives.

Though these large budgets might reflect the depth of states’ concerns about the homelessness crisis, advocates including the Citizens Budget Commission point out that they also reflect the mismanagement of funds and the inadequacy of current measures to live up to their goals. Dealing with this problem effectively therefore requires increased attention to the successes and failures of the current strategies that are in place to fight homelessness, with the logic that improved programs will not only improve the situations of homeless individuals but also allow greater resources to go to other causes.

Again, those who are on the frontlines of the fight to end homelessness champion pay and housing reforms to ensure that individuals and families can sustainably afford long-term residences. But those strategies, though crucial, are not enough to end homelessness alone. Several other significant social services are needed to address the needs of homeless families and those at risk of homelessness, including the following:

This extremely wide range of support services means that there are numerous ways that those who are concerned about the issue of homelessness can bring their skills to this critical fight. Whether getting involved in on-the-ground advocacy efforts or pursuing a professional path in the fight to stop homelessness, each of us has something to contribute to help alleviate this widespread problem.

Fighting the Homeless Crisis Through Careers in Human Services

For those who are inspired to devote their lives to helping solve the tragic emergency of homelessness in the US, a career under the umbrella of Human Services could be the perfect path for you. Human Services is an interdisciplinary field that intersects with different forms of social assistance programs, supporting families and individuals with services ranging from healthcare and counseling to helping provide shelter and food to those in need.

To learn more about Human Services and discover the career path that was meant for you, take a look at our article “What Is Human Services?”