It’s not news to anyone working in human services that law enforcement budgets typically dwarf those for social services agencies. But the upwelling in support for the Black Lives Matter movement in the wake of the murder of George Floyd, and the pivot into calls to defund the police, have cast the disparity in stark terms: according to the Washington Post, the United States overall spends roughly twice as much on law and order as on cash welfare. And that welfare spending, as social workers are well aware, has been declining for decades.

The defund movement seeks to flip the script, diverting money currently spent on policing into social and welfare services, with an identical goal: to prevent violence and improve community safety. By removing or reducing the participation of police in volatile situations, needless deaths like Floyd’s will hopefully be avoided, while overall safety and well-being in the community can be improved with additional human services support.

A Softer Response Has Proven Effective 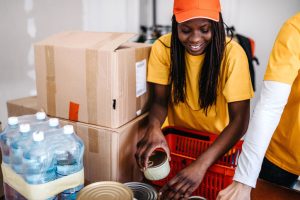 There is no question that human services workers do have a place on the front lines. Only months after George Floyd’s death, police in Salt Lake City were called to an incident where an autistic 13-year-old was acting out and threatening violence. The boy, who was unarmed, was shot in the back by officers as he was running away, reported the Salt Lake Tribune.

There is no universe in which sending a trained autism support specialist to such calls as the first responder doesn’t result in a happier ending for everyone involved. And it’s a crime in itself that municipalities and law enforcement agencies have not already arrived at that conclusion and begun funding non-police responders after so many situations just like it.

The fact is, communities have embraced the social worker response model have seen real success. In Eugene, Oregon, a program called CAHOOTS (Crisis Assistance Helping Out On The Streets) has been up and running for 30 years in partnership with the police. They responded to more than 24,000 calls for service in 2018 according to local station KVAL, handling about 20 percent of local 911 calls and costing slightly over $2 million per year. With a medic, a crisis support worker, and a van stocked with medical supplies and blankets, they can take care of many of the minor types of crisis calls police ordinarily respond to in other jurisdictions… without the the same potential for deadly escalation.

There is solid evidence that improving community support in social services can make cities safer. The Brennan Center released a report in 2018 finding that each new nonprofit community organization resulted in a 1.2 percent drop in homicides, 1 percent reduction in violent crimes overall, and a 0.7 percent reduction in property crimes. Even improving access to healthcare has been shown to reduce crime according to a new report from the Brooking’s Institute.

But each of those interventions takes time as well as money. Better domestic violence resources might reduce assaults and murders in households eventually, but that offers little consolation to any woman whose life is being threatened this evening. Improved hotline access and a shoulder to cry on just isn’t enough.

The issues of police violence are real and immediate and demand action. The kinds of social service interventions that we know work in their place aren’t immediately effective, however. For social services to step into the role that police play in today’s society, budgets and programs would have needed to have been put in place years or decades ago. Rebuilding those supports is a necessary goal, but communities dealing with issues right now won’t see those benefits for years.

The circumstances surrounding the murder of George Floyd only illustrate that replacing police with social workers may be part of a solution, but it isn’t a panacea for the whole problem. The 911 call that sent officers to intercept George Floyd was for allegedly passing a counterfeit bill. It’s not clear what a social worker sent to that call might have been expected to do in the same situation. Human services work can certainly reduce crimes by reducing poverty and chipping away at the various environmental factors that lead to crime and violence, but it’s a slower and less direct method.

Is Defunding The Police Even Enough?

It’s not even clear that there will be a one-to-one benefit from the additional dollars freed up by defunding police. Although police departments are well-funded, addressing the root causes of crime and violence in the community may very well take a lot more money than even defunding the police could provide.

According to a Bloomberg analysis in 2020, the total budget for American police forces was around $115 billion as of 2017. Yet, according to some conservative estimates put together by New York Magazine, the cost of addressing many of the root causes of crime, such as ending homelessness, improving education, and building jobs to reduce poverty, comes out to $253 billion.

It’s also clear to most human services workers that the problems extend far beyond the streets. When we discuss a systemic problem, it has to be understood that it extends through the entire system, not just the pointy end where police officers ply their trade. That includes pieces of the American community running from prisons through hospitals and into the political system. Reform in any of those areas could require massive amounts of dollars and political willpower extending far beyond anything we’ve seen today.

The Social Work System has Some Diversity Problems of its Own

Systemic issues extend to social services in a way that mere money won’t necessarily fix, either. For example, many of the racial components of the current defund movement can’t be satisfied quickly or by current social services teams, either. Although much of the focus is on the violence of policing, people are also talking about the disparity in racial makeups of the police and the policed… a primarily white law enforcement agency enforcing rules on a primarily Black community.

Despite real efforts by the human services community, the same disparity exists within it; a 2017 survey of social work graduates conducted by the Council on Social Work Education found that two-thirds are white. The ugly specter of whites being sent to respond to issues in Black neighborhoods could continue to be a source of racial tension. 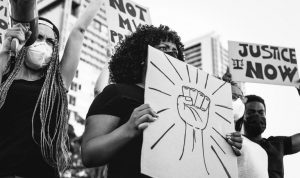 Other programs just like the CAHOOTS program in Eugene Oregon are being explored in Denver, New York, Portland, and Chicago among other cities, sometimes spurred on by the current protests. It’s not in a direct line with police defunding, but it is a real step forward in non-violent human services responses to take police out of the equation. Many in social services are ready and willing to step forward with their own ideas to get people the help they need—without the risk of gunfire. Any extra funding entering the system brings opportunity.

While the demands for change are immediate and fierce, real change rarely ever works that way. Instead, it’s far more likely that policing and human services will experience a slower and more carefully managed degree of integration before local leaders around the country begin handing down orders for emergency call centers to start sending social workers out in response to crisis situations.

Although human services workers shouldn’t expect immediate changes in their jobs, it is very likely that they could see increased funding and, maybe more importantly, a seat at the table in many future public welfare and law enforcement funding conversations. Civic leaders are being pushed for non-police solutions, and human services teams are a fresh source for ideas. Well-educated, independent, culturally sensitive social workers and policy professionals have a key role to play in building solutions to take the police out of situations they don’t belong in.

This movement is all about honesty when it comes to systemic racism, and that means taking an introspective look at the issues even within the social services community, not just pointing out where it exists in other parts of society. Human services departments and organizations will need to look carefully inside themselves, and address the same kind of diversity and systemic bias issues that have surfaced in police departments.

There is every reason to believe that a new generation of human services professionals are coming, and the future of the American system will be coming with them.

George Mason University
Featured Program: The Master of Social Work offers a choice between two specialized practices in either Adults & Healthy Aging or Children, Youth, & Families, both of which are designed for you to become a competent social work leader.
Request Info

University of Kentucky
Featured Program: Our suite of social work programs offers undergraduate all the way through to doctoral degrees in an online format, and prepares graduates to have a positive impact on individuals, families, groups, organizations and communities.
Request Info

King University
Featured Program: As you prepare to be an agent of hope to those in mental healthcare, schools, rehabilitation programs, or in direct clinical care at micro, mezzo and macro levels, you’ll gain the required field experience with one of King’s 60+ practicum partners to complete either of the online social work degrees.
Request Info